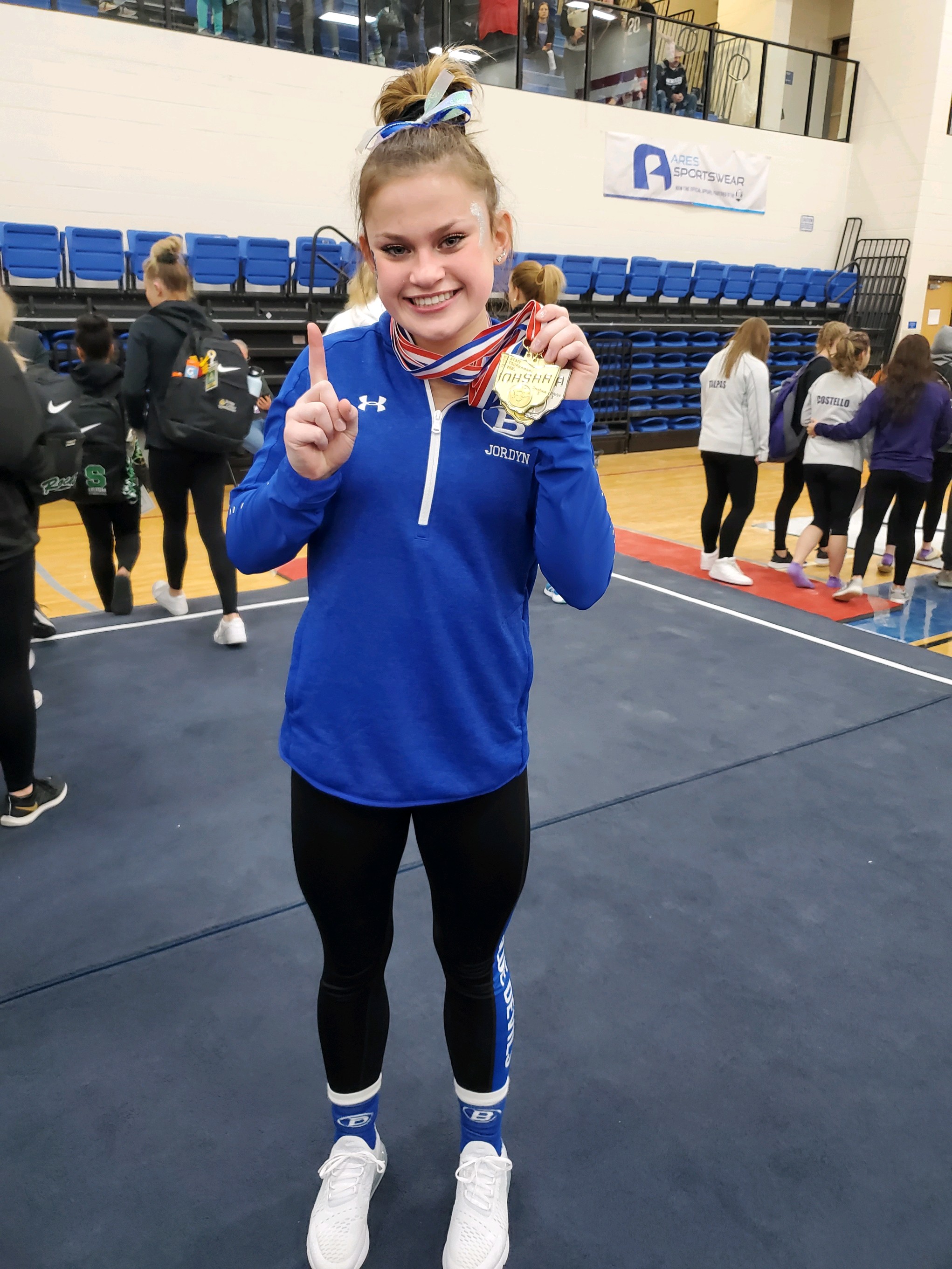 After a thrilling Team Runner Up finish at last nights OHSAA State Team Competition, Junior, Jordyn Thomas had to shake off the emotions, because she had to get up and do it all over again this morning at OHSAA State Individual Championships.

She came in with the cool confidence of a seasoned competitor, starting on the Balance Beam. She was laser focused, and it paid off, as she earned a 9.625 on a nearly flawless Beam Routine.

After one of the most nerve wracking events was over, she was ready to move to the Floor Exercise, where she was Defending 2019 State Champion. She put on a strong and entertaining performance, earning her a 9.55, beating out her 9.475 that won it for her last season.

We moved to Vault, where she was prepared to hit her Yurchenko Layout. She landed both with relative ease, to score a 9.575. She was surely making her mark and her attack showed that.

Happy with her performances of the day so far, she was ready to get out there and showcase all the hard work she has put in on Bars since last season. She nailed her routine, all the way down to her stuck dismount, to earn a 9.575 on Bars.

During the 2019/2020 Season she broke every Event and All Around Score School Record, including breaking the Bar Record TWICE this weekend, with a 9.55 on Team Night and the 9.575 on Individual Day!

With the support of her parents, grandparents, siblings, all her teammates, teammates’ parents, and coaches cheering her on she finished up the AMAZING season with the ultimate icing on the cake: The State All Around Title. Making it even more special, was that she got to share this with one of her coaches, Christina Lenny, who was the OHSAA State All Around Champion in 2007.

She, and the rest of the team, have SO much to proud of.

Wow, what a weeekend!