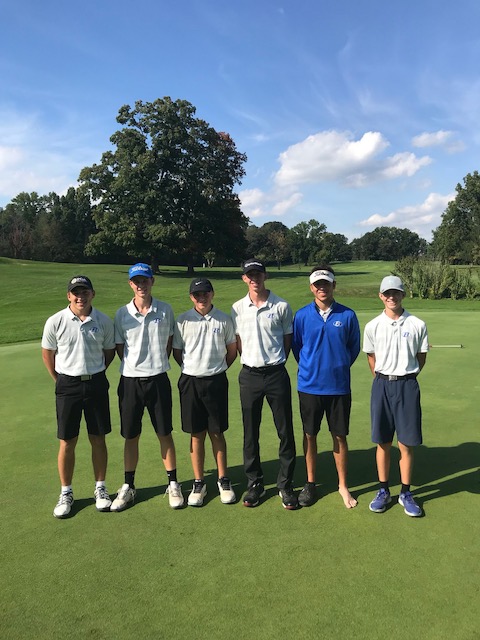 The varsity Blue Devils shot 331 and placed third at the OHSAA Division I sectional tournament on Monday, qualifying the team for a spot at the district tournament next Monday at Pine Hills. This will be the third consecutive trip to districts for the Blue Devils. They were paced by Alex Heilbrun’s 73, which was also good for medalist honors. It was only the fifth time in program history that the Blue Devils have had a medalist at the sectional tournament. Heilbrun was solid all day, making long range birdie putts on holes 5, 7, 10, and 13. Heilbrun has had an extremely strong finish to the season, as he has been team medalist in five out of the last six events. Chase Safko came up huge for Brunswick as well, shooting 84 and turning in the decisive fourth scorecard on the day. Safko struggled early, and was six over par through 4 holes. He finished the last 14 holes six over par as well and subsequently placed T21 in the tournament. Kyle Goessler struck the ball solid all day, and lipped out about ten putts on Brookside’s challenging greens. He shot 86 to also contribute to the scoring. Clay Greiner shot 88 and Cody Merrill shot 94 for the Blue Devils. The varsity team will be paired with University School, Mayfield, and a team TBD from today’s sectional at Tannenhauf on Monday at Pine Hills in the Division I District Tournament. Great job boys!