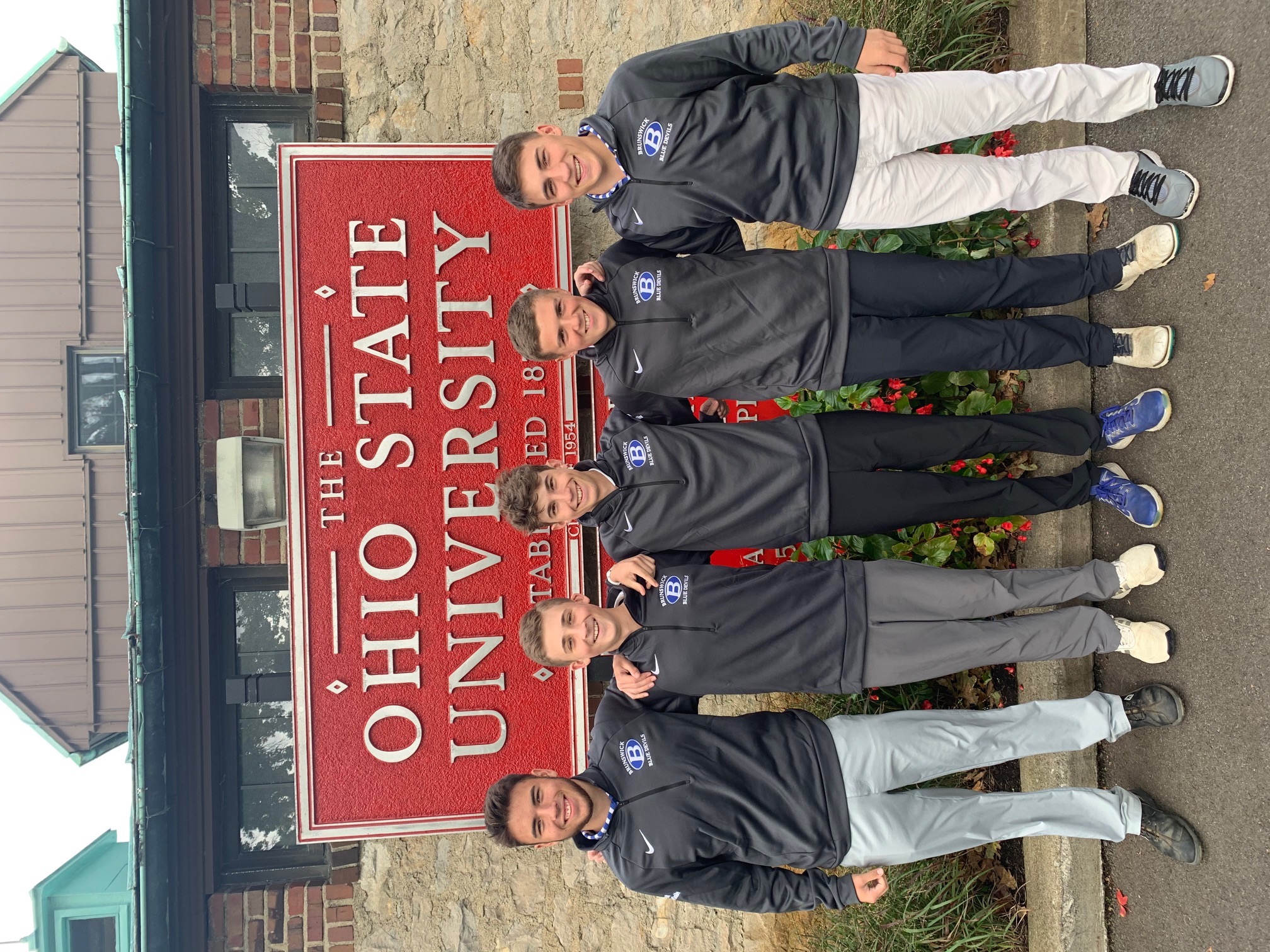 The boys golf team completed the 2019 campaign with a solid top ten finish at the OHSAA State Tournament this past weekend. The Blue Devils shot a two day total of 679, which placed them 10th overall. This was the second trip to Columbus in school history for Brunswick, and the first since 2017. The boys were paced by sophomore Alex Heilbrun, who shot a solid two day total of 165 (82-83) on the Scarlet Course at the OSU Golf Club. Birdies were tough to come by in Columbus, as Alex’s lone birdie of the weekend came on the par 5 12th hole on day one. His weekend did not fall short of excitement though, as Heilbrun broke the school record for pars in a season. Evan Gray set the mark of 189 in 2017, and Alex finished the season with an impressive 195. Clay Greiner bounced back from a tough day one to shoot a 170 overall (88-82) in Columbus. His back nine 38 on day two was the lowest score on that nine of the Scarlet Course in team history. Heilbrun/Greiner’s 82s are also tied for the third lowest scores in school history at the Scarlet Course. Cody Merrill was the story of the day on Friday, firing a team low score of 81. The highlight of the weekend came on the par 3 fifth hole, where Merrill chipped in from about 20 yards from over the green. He finished his 18 with five straight pars to tie for the second lowest round in school history on the Scarlet Course, behind only Evan Gray’s 78. Merrill shot a 90 in round two. Chase Safko had a rough start to his Columbus experience, shooting a 48 on the front nine on day one, but bounced back in a big way with a 40 on the back. His highlight birdie of the weekend came on day 2 on the difficult par 5 fourth hole. Safko finished with a two day total of 182 (88-94). Max Heilbrun had an impressive debut, as he was one of only six freshman in Columbus this past weekend. He struggled in day one, firing a 97, but also bounced back in a big way on Saturday, shooting an 85 that included a birdie on the par 5 14th. The Blue Devils total of 679 was 9 shy of the 670 shot in 2017. Brunswick will return four varsity lettermen in 2020: Clay Greiner, Austin Rowe, Alex Heilbrun, and Max Heilbrun. Go Big Blue!