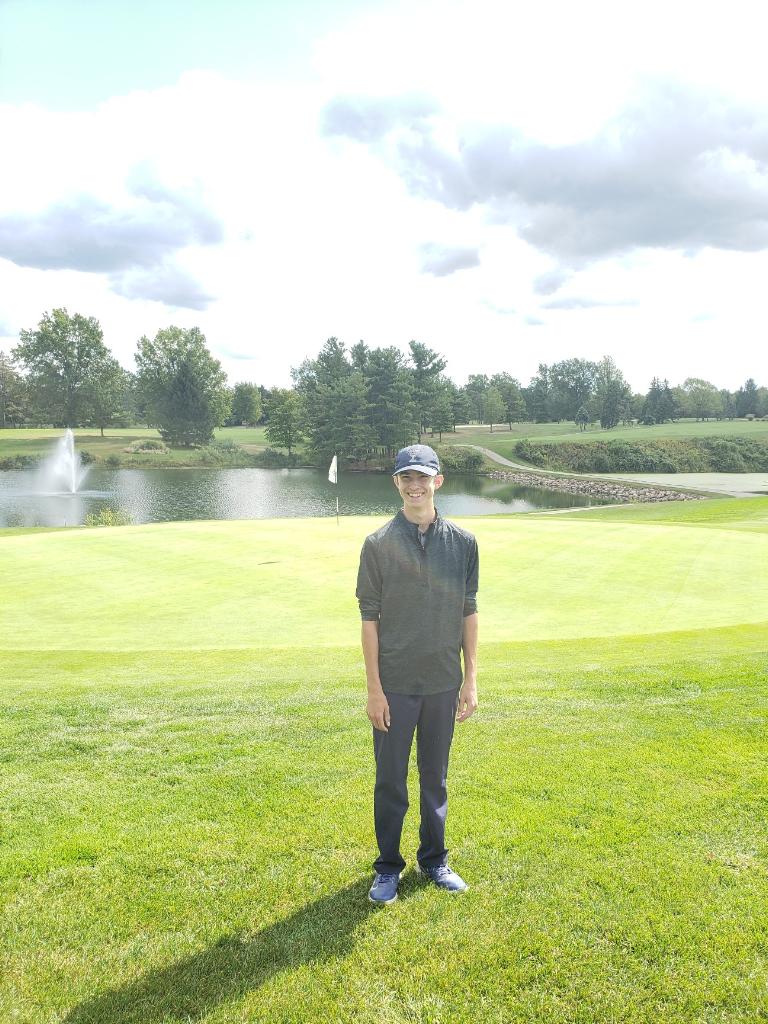 Sophomore Alex Heilbrun capped off an incredible run this season in the GCC on Tuesday at Pine Hills, firing a 75 and winning MVP honors. Heilbrun made three pars to start his round before making birdies on holes 4 and 5. He finished the front nine with an even par 36. The most impressive thing about Heilbrun’s day was overcoming his tough start on the back – Double on 10, bogey on 11, and double on 12. He played the next 4 holes in even par and went to the 17th tee box with a 1 shot lead in the MVP race. He stuck his second shot on 17 to six feet, rolled in the birdie putt and didn’t look back. HIs par on 18 sealed a 4 shot victory. Heilbrun shot an extremely solid 76-74-76-75 in the four GCC tournaments this season – a 41 shot improvement from last year’s GCCs (88-80-90-84).
The Blue Devils fired a team score of 321 on the day and finished in second place in the GCC this season, 2 points behind Medina, and 8 points ahead of Strongsville. Alex Heilbrun shot 75. Clay Greiner finished with 5 straight pars to shoot a solid 78. Greiner’s finish landed him in 5th place individually in the GCC this season, earning all-conference honors. Seniors Cody Merrill and Chase Safko finished their GCC careers with 84s. Max Heilbrun (86) and Austin Rowe (88) rounded out the scoring. The Blue Devils travel to Medina tomorrow for their last match of the season.