Congratulations to this week’s Scene 75 Student Athletes of the Week. This week’s winners include Sophia Tomecko, Alex Jawyn, Alexis Clark, and David Seward! 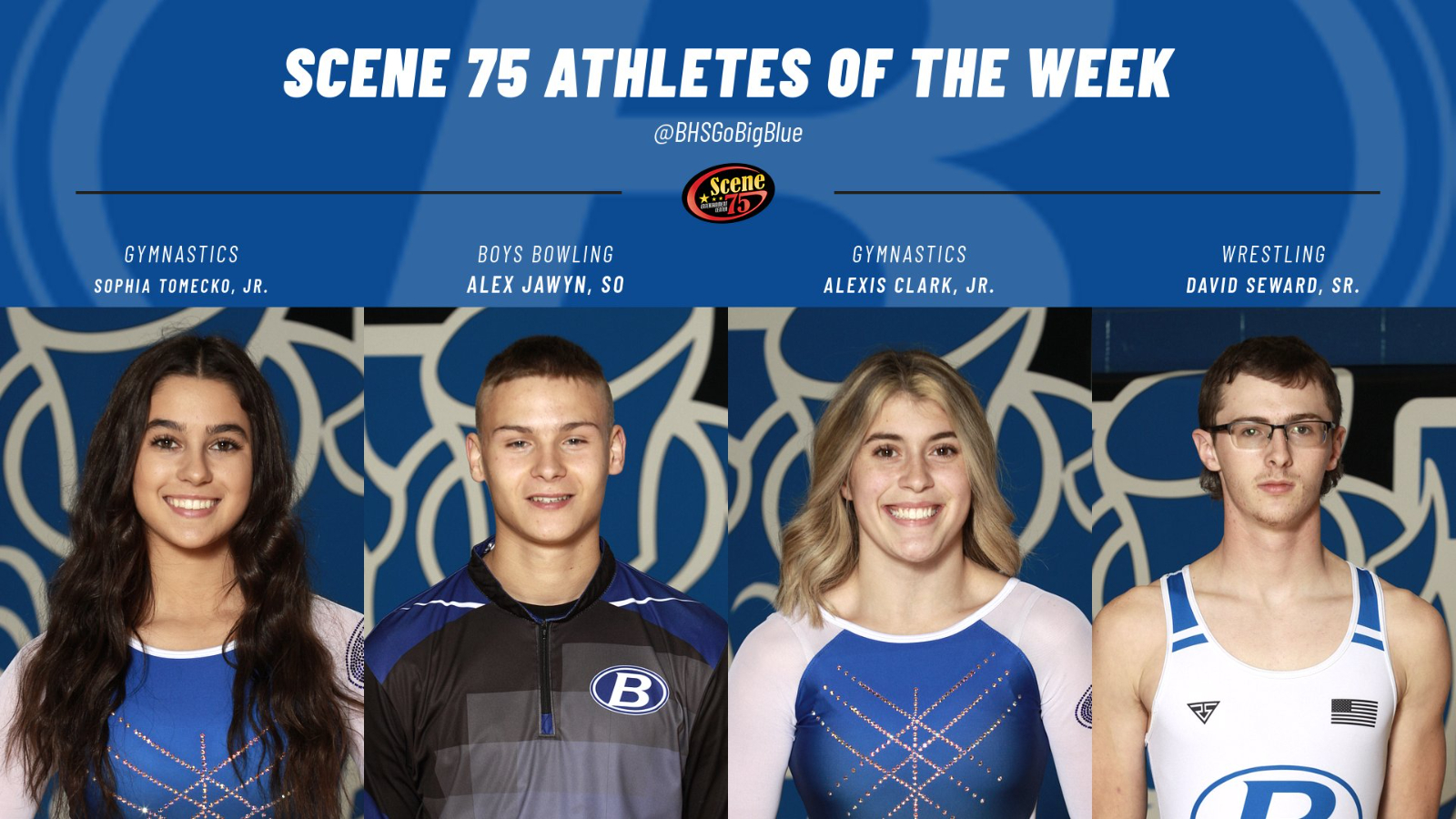 Sophia has been a huge asset on Bars and Floor this season. She has contributed to the team score on floor at every competition she has been in. She placed 3rd at GCC Championships on Floor and was named to the All-Conference Team. Congratulations, Sophia!

Alexis has been a huge contributor on Vault, Bars, and Floor this season. She placed 2nd on Bars at GCC Championships and lead the team on that event, to help solidify the win. She was also named to the All-Conference Team. Great job, Alexis and keep up the great work!

David is a senior captain of the wrestling team. David is always a vocal leader in practice and is always leading by example as well. During his last competition, David took 4th place at the Avon Lake Cobos Classic Wrestling Tournament.