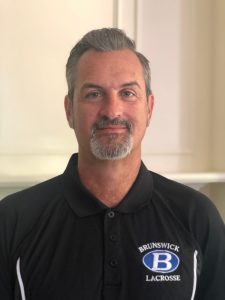 Jerry Golod was approved at the August 20th Brunswick Board of Education Meeting as the new Head Coach of the Brunswick High School Boys Lacrosse Program.  Golod replaces John Saris who had served as Head Coach for the previous 2 seasons.

While this will be his first Head Coaching opportunity, Golod is no stranger to Blue Devils Lacrosse.  Coach Golod served as the varsity assistant the past two years (2018-2019) as well as the JV coach the year before that (2017).  Coach Golod is also the President of the Brunswick Youth Lacrosse Association which oversees all youth lacrosse in the community for both boys and girls, a position he has held since 2012.

Golod, a 1990 Brunswick High School graduate is a Regional Sales Manager for Nulo Pet Foods.  Coach Golod will meet with all returning players as well as new players interested in Boys Lacrosse on Monday, September 9th at 6:00pm in the BHS East Cafeteria.  Coach Golod can be reached at jgolod@bcsoh.org.